“What are you afraid of?” he asked.

That was a seriously loaded question—as in a loaded revolver ready to blow her life away. This was no game of Russian Roulette. All the chambers of this gun were equally deadly. If she pulled the trigger, there was no going back.

~ From Across Oceans (Hope or High Water Book 1)

Happy belated Independence Day to my American readers and Canada Day to my Canadian readers!

Thank you all for your feedback on the back cover blurb for Broken Lines. The response was overwhelmingly positive, with several instances of, “Where is it? I need to read it now!” Such enthusiasm is exactly why writers write and I am writing as fast as I can. If you missed last month’s blurb reveal, you can read it here.

This month, in addition to writing, I attended a two-hour walking tour of the historic Soulard neighborhood with the Facebook group, St. Louis History and Architecture. Soulard neighbors Benton Park, the area where the Kisch family lives in my novels, Twisted River and Broken Lines. While middle class and working folks like the Kischs typically resided in Benton Park, Soulard was home to the wealthy, including several of St. Louis’s famous beer barons. Over the course of the tour, we saw architecture dating back as far as 1830 in a multitude of styles, but there was one particular house that really caught my eye.

A home worthy of a novel (maybe someday), this mansion was constructed in 1875 by Dr. Franz Arzt, an immigrant from Austro-Hungary. A bit of a Renaissance Man, his interests and talents were far reaching, from architecture to botany to the study of languages, of which he knew five. His house had a system of radiator heating and air conditioning, an indoor toilet, and a greenhouse to grow citrus fruits year round, at a time when such inventions were simply not available. In addition, he crafted his own personal “cave” underneath his home, importing stalactites and stalagmites to mimic the natural cave system underneath St. Louis. During the 1940’s, the home was turned into individual family apartments, but is currently undergoing renovation to be restored to its original construction. For more information on the renovation with original photographs, visit STL Magazine. 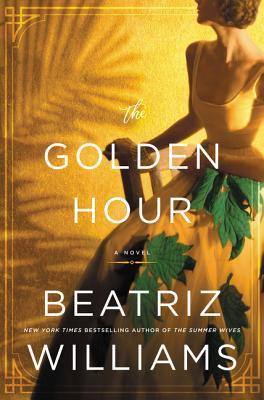 Beatriz Williams’ new novel, The Golden Hour, released on July 9, and I couldn’t wait to get my hands on it. Especially when I learned that the author herself would be speaking at the St. Louis County Library. So, like a good reader, I showed up with my books in tow and heard some juicy tidbits about the factual and fictional mystery, murder, and romance within the novel.

The Golden Hour is a dual timeline novel switching between Elfriede’s story in 1900 and Lulu’s story in 1941. The story follows these two women around the globe from peaceful Swiss mountains to stunning German castles to Nassau’s gorgeous beaches and all the way to the edges of America as they navigate the experiences of World War I, World War II, and the hidden wars within their lives. To use the book’s own tagline, “Sooner or later the war will find you.” Every page holds a difficult decision, ones that change themselves or the ones they love, and sometimes even the potential to affect the greater humanity. There’s no hiding from it, and when they do set off on a path, it doesn’t necessarily take the direction you might expect. It was interesting to see real life events intricately molded with the fictional stories of these women, in particular the still-unsolved murder of Sir Harry Oakes and the governorship of the Duke and Duchess of

Windsor, a couple who according to the novel, often seemed more interested in parties and appearances than the problems of their people.

Lastly, if you’ve read Along the Infinite Sea, you’ll enjoy seeing a familiar character make a reappearance, but nothing is spoiled by reading The Golden Hour first. Even though I knew where that part of the story was headed, Ms. Williams shares an entirely new world of detail with the reader, making it easy to forget where the story will end up. This is the fourth novel I’ve read by Ms. Williams and I can still recommend every single one.

Upcoming Event and a Giveaway!

This fall I will be attending PennedCon, a three-day writers and readers conference and two-day book signing that takes place September 12-14, 2019 in St. Louis, Missouri. This conference helped me navigate the beginnings of wide world of publishing and introduced me to many new authors, several of whom I’ve had the chance to connect with personally. This will be my fourth year attending, but the first as part of the signing room, and I’d like to offer you and a friend the chance to attend for FREE.

These 2-Day tickets allow access to the 1980’s themed conference including Friday and Saturday book signing with over 150 authors, panels, keynote speakers, and the Friday night Red Coat PR dance party. It does not include the Saturday night awards party or free books.

For a chance to win, simply reply to this post with a comment/gif of what you loved about the 1980’s. Winners will be chosen at random and announced Sunday, July 28.

Read it? Loved it? Tell others by writing a review!

Need a copy of either book in the Hope or High Water series? Click the photo below.

The best way to receive this newsletter is through e-mail. If you were directed to this site via social media or a search engine, you can subscribe to updates by entering your e-mail in the box at the bottom of this website. E-mail addresses are never sold or distributed. You may unsubscribe at any time.

2 thoughts on “July Newsletter – Soulard, The Golden Hour, and a Giveaway”

This site uses Akismet to reduce spam. Learn how your comment data is processed.